The Rallybird Baseball board game moves forward. In March it was 90% final. Now it’s about 95% final. I resisted the urge to rush it out for Opening Day of MLB last week.

Play testers reported it took about a 1/2 hour to learn the game and play one inning as a way to figure everything out. This seems pretty good to me.

Play test games included innings that faltered at 2nd base, home runs and key suicide squeeze plays. Play testers called out the special “rally bird” rule as extra fun. I’ll ask permission to post some of the photos they sent me.

While the play testers had their copies of the game, I found out that I could reformat the rules booklet to a full sized page. This allowed me to use a bigger font and make some prose revisions.

That gave me a moment to pause and think about rules presentation.

People have different preferences for the way they learn. This applies to board game rules too. I have a friend who, as soon as I teach the first rule in a board game, she immediately interrupts and asks a pointed question how to apply it in strategy. I have learned not to throw up my hands and sigh. To me it doesn’t make sense to think of it that way since I hadn’t explained much yet. There is never an easy answer I can give to her question. But that is the way her strong mind wants to organize the information. So I respect that.

The play test sessions were the first time people learned the game from written rules and the game materials in front of them. I think the rules to the Rallybird Baseball board game are quite easy. When play testing my hand made copies over the course of years, I never bothered to write down the rules. I could teach them in about 5 minutes. But I didn’t consider that baseball tactics intimidate some people. Since we’re also talking about a board game, it might be that we’re also talking about people who find board game decisions intimidating. To them, it might seem like this game requires a sort of baseball occult knowledge. I disagree, but maybe the real issue is that someone has to like making baseball tactical decisions. To me that’s vital.

Aside from learning the rules, my game is easy to play. I designed it as a fun, leisurely 1-hour board game with meaningful decisions for Offense and Defense. It’s not complicated. The dice assure this is not chess. But there is that “meaningful decisions” part. This was a key part of my motivation to create the game. Offense and Defense must each make one calculation of risk and hope for each At Bat. And there is drama. You’re down by one, you have a runner on second base and two Outs. How do you get that run? The person I play this game with most often rocks back and forth with nervous tension.

However, play testers included players who liked baseball but weren’t knowledgable about it or board games. I don’t want anyone who wants to learn to feel intimidated… Nor am I willing to change the rules to remove the decisions that make the game play meaningful. So in response, I added a couple pages to the rule booklet that discusses some ideas about Offense and Defense in game terms. I also added a “FAQ” page to help… I explained a couple of baseball terms and also some rationale for game design.

I ordered a new prototype for myself to test out some nuances with At Bat card revisions. If I don’t make further changes to the graphics–which is plausible–I can use that copy to make a How to Play video. I’m hoping that if I can do this reasonably well, it will help anyone learn the game quickly, and see that it really isn’t complicated.

Who might enjoy Rallybird Baseball board game? People who like baseball and board games, who want to make tactical decisions in a 45-90 minute leisurely, high-spirited game session. Who might not enjoy the game? People who don’t care about baseball, board games, or this kind of decision making. I wish them well! However I suspect that some people who don’t care feel that way because of intimidation. If true, I’m hoping my rules additions and clarifications, and the explanatory video, will encourage some to break through. Then maybe they could see how easy, fun, and dramatic it can be to make these competitive decisions in a casual 1-hour game.

When I make the  a How to Play video, I will be sure to post it on this website.

Thanks for reading! Please know I’m trying to get this out as quick as I can, and get it right. 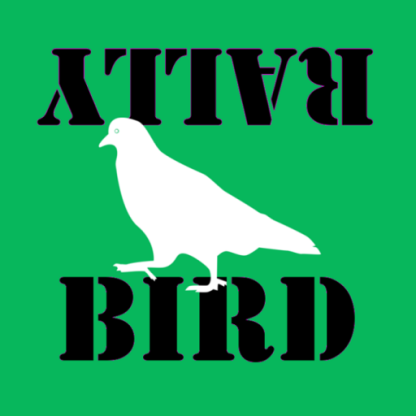 After extensive play testing and graphic design work, and a lot of hoopin’ and hollerin’, the RALLYBIRD BASEBALL BOARDGAME will soon be for sale. Yes, it does have a special Rally Bird rule…

Playtester hard at work on a prototype (game graphics have evolved).