Our first attempt was a success. Drew was a terrific opponent, bringing spirit, baseball acumen and engaging patter the whole time. Thank you Drew! Imagine, a head-to-head 2,000-mile distant split screen game of RallyBird Baseball! Starting at the top of the 7th, we completed the contest and enjoyed it. I hope you can too! 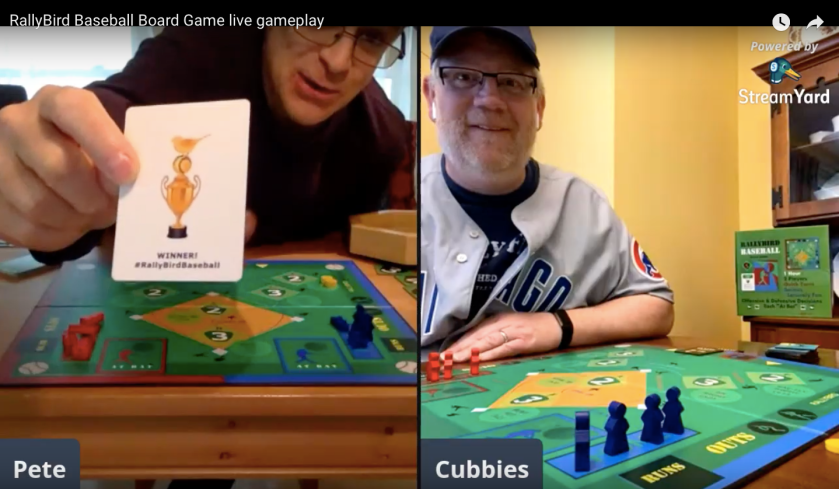 There were technical problems–mostly from the Internet stalling (you know why… things going on…). This dragged out the game maybe a 1/2-3/4 hour longer than it would have otherwise. It took a little extra effort to communicate where we were putting the glove tiles, but it wasn’t a problem. It was terrific for me to play the game with Drew this way.

I had set up my camera phone on a tripod with a careful angle, then found out that the software wouldn’t allow me to host via camera. So I had to scramble and set it up on my laptop’s. That’s why my camera angle isn’t quite right–I had to hunch down. Anyway I learned a lot and think the software is amazingly easy and capable. I hope to do this again with Drew and other volunteers (perhaps “volunteers”).

Here is the link to the game session (or just click the picture above):https://www.youtube.com/watch?v=R8CQHwSkr1Q

I don’t know if I’ll look into editing the video or not; I’m not sure what is possible via the YouTube interface.

Afterward the amazing Drew worked up scorecards for the 3-inning game, below (contains spoiler alert)! I believe I can say I taught Drew how to score a game this way during a Twins game we watched together at that incredible downtown stadium. Drew learned it immediately and now excels at it. As you can see, the game was eventful. There were multiple occasions of bases loaded, and two-out offenses! The bats were hot with a lot of hits. His comments correspond to our observations during the game. 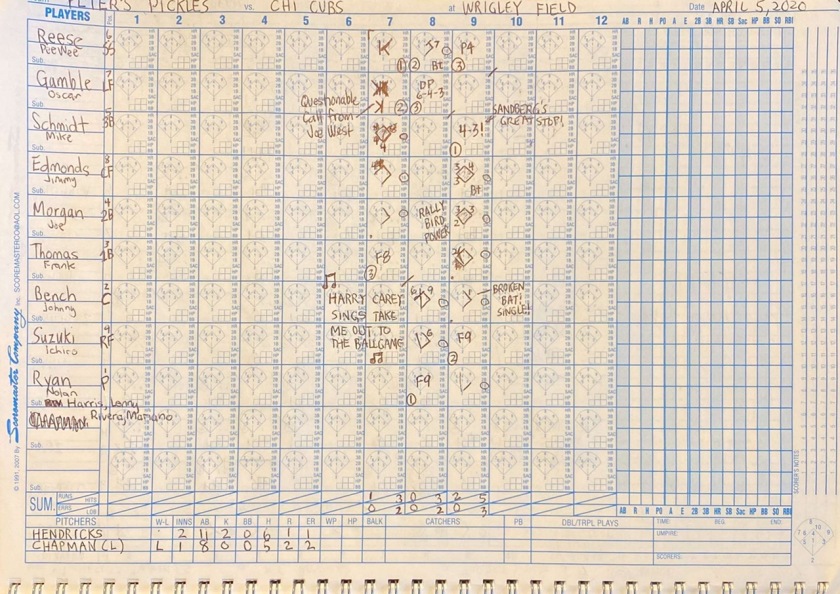 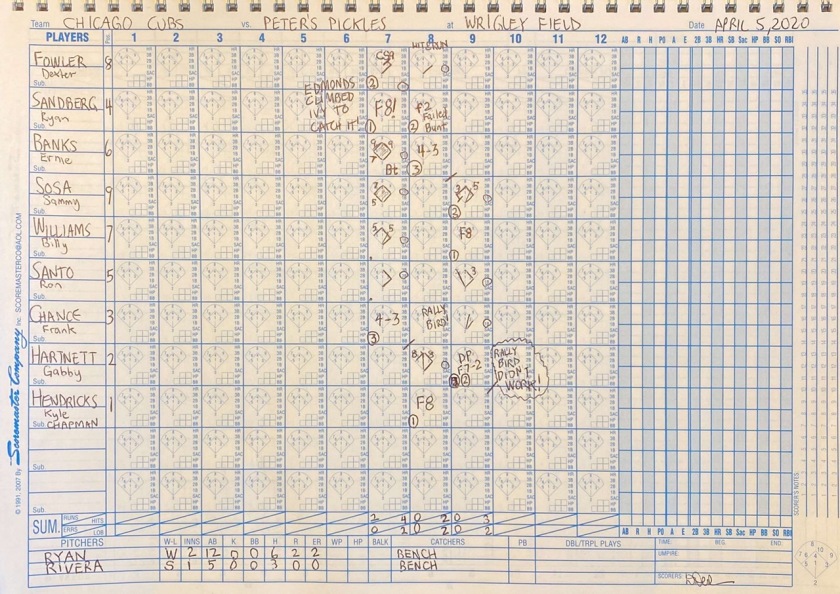